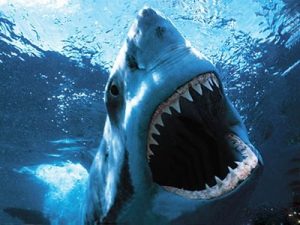 I recently attended a business conference where Barbara Corcoran one of the panelists on the TV show ‘Shark Tank’ spoke.  I was in the third row and I had a great time.
Barbara is FUNNY! Much funnier in person than she is on Shark Tank.
Great tips and business wisdom;
Some of my takeaways…

The meek don’t inherit the earth, even though she was brought up to believe they did, from her upbringing in Pennsylvania.
She had to remake herself to be very different in New York City – a player!
She created the Corcoran report that put her on the map as a real estate expert; she just passed on and published commonly available statistics on what was happening in Manhattan real estate.
She got her break when she sold homes to Madonna and Richard Gere; got the reputation for being the “real estate agent to the stars.”

2/Two Types of People at Work – Expanders and Containers

Ms. Corcoran’s alter ego was her business partner; the person she hired who took care of all the things she didn’t want to do; filing, financial reports, and keeping the office buttoned down. Her partner was the container, who kept the business managed, Barbara was the expander – you need both types.

3/Fun is the Most Underutilized Tool in Business

People don’t have enough fun at work!
Barb got a reputation for organizing the best parties for her people; in fact one of her key roles became a party planner. She looked for the most shocking and outrageous party ideas, like parties where people were invited to come in their underwear or dressed up as nuns; if they weren’t dressed up they couldn’t come in!

Takeawy: Fun is the most underutilized tool for business.

She doesn’t know when to stop, she just keeps going when things haven’t worked out.
The people she hired as salespeople she just looked for that one quality in them, the ability to keep going. So past failures show that ability to keep going.
She looks for people who can take a hit and continue on.
The best salespeople and entrepreneurs don’t spend time in self-pity, after a set-back, they just get up.
They don’t look for reasons to justify failure, to justify giving up. They don’t justify what isn’t working. They just keep going.

5/Just Shove Yourself Through the Door

Your creativity will kick in on the other side.
The best entrepreneurs and salespeople just shove themselves through the door and figure out what to do on the other side when they get there! Your creativity will kick in.
Everyone is better under pressure.
You don’t get to see what you’re made of until you get out there and do it.
She never had a good idea at her desk.
There’s too much left brain thinking and analysis and too much education in business.
Just mix it up and try different things to spark new approaches.
Things like taking your team out to the movies on Monday morning instead of having a meeting.
Or instead of people sitting in chairs in a meeting, having everyone sit on the floor under the conference table in a meeting!
Wild Stuff!

There was plenty more, but these were some of the best.

Get in touch with MSource Ideas 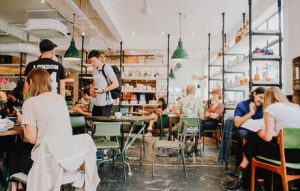