As shopping returns to pretty close to ‘normal’, post COVID-19, the Pop-Up concept may be more relevant than ever. In an era of Direct-to-Consumer (DTC) brands, this strategy deserves a closer look.  This post explains why.

What is a Pop-Up shop?

You could say they are the oldest form of retail.  Produce and crafts have been sold this way since the dawn of agriculture and cities.  From Europe to the Middle East, Asia and pretty much everywhere, short-term markets have always been central to towns, communal life, and culture.

But in the past two decades, the idea of a ‘Pop-Up Store’ as a thing, a marketing vehicle, has re-emerged as a definite strategy in retail. Trendwatching.com claims to have coined the term ‘Pop-Up Retail’ in January 2004, and it’s been mostly since then, that the format has emerged.

What are Pop-Up Stores For?  The 3 Main Reasons. Of course, the most obvious function of a Pop-Up is to make sales, especially to take advantage of a seasonal or short-term opportunity, for which a year-round store wouldn’t make sense.  For example, a Halloween store in an empty storefront.  A shopping mall kiosk selling holiday gifts. A back-to-school temporary poster store in a college student union. A food truck near a sports stadium during game days.

A Pop-Up in a high traffic location might be to gain exposure for your brand; for example, fashion brands often open Pop-Ups around New York City during fashion week.

In this sense, they function as a three-dimensional bill-board.

A Pop-Up is a great way to see customer reactions. To taste-test foods and beverages.  Try different prices.  To meet potential users and ask and answer their questions.

Most often, there’ll be a primary reason, but most Pop-Ups are operated for some combination of the above.

Pop-Ups as Part of an Omni-Channel Retail Playbook

In the online era, Pop-Ups have a new type of relevance. Brands like Warby Parker, Casper Mattress, and Away luggage started online, with no plans for brick & mortar distribution, originally.  But as the cost of acquiring online customers rose, with Facebook and Google ads increasing in price, getting the attention of customers with a physical store, whether Pop-Up or longer term, re-emerged as a valuable strategy. Especially when combined with a strong e-commerce capability and digital marketing mastery.

And recent research shows that brands that are seen in a physical store as well as online, build stronger connections with shoppers, who spend more with these omni-channel (online and offline) brands.

Pop-Ups and other types of retail combos, such as shop-in-shops (for example Designer Shoe Warehouse is now partnering with Hy-Vee grocery stores to put shoe departments in their stores), are, and will continue to be seen as a relevant and valuable marketing tool, for consumer brands.

To learn how to open a Pop-Up store, read this post.

And yes, we help businesses figure out and open Pop-Up shops; so, give us a shout! 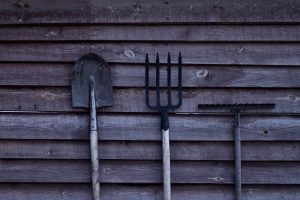